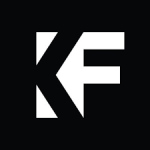 Knight Foundation is a national foundation with strong local roots. We invest in journalism, in the arts, and in the success of cities where brothers John S. and James L. Knight once published newspapers. Our goal is to foster informed and engaged communities, which we believe are essential for a healthy democracy. (Read our Statement of Strategy.)

The Knight brothers believed that a well-informed community could best determine its own true interests and was essential to a well-functioning, representative democracy. The brothers pursued those beliefs, building and running one of America’s largest and most successful 20th century newspaper companies. (Learn more about the philosophy of the Knight Newspapers.)

The Knights formed Knight Foundation to promote excellence in journalism and the success of the communities in which they worked, in the words of Jim Knight. The  company was sold, and the foundation, ever evolving, carries on this work.