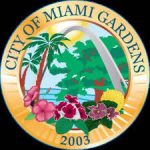 Login to bookmark this Company

Miami Gardens is a city located in north-central Miami-Dade County, Florida, United States. It is 16 miles north of Downtown Miami and its boundaries stretch from I-95 and NE 2nd Avenue on the east, to NW 47th and NW 57th Avenues on the west, and from the Broward County line on the north, to 151st Street on the south. The city name comes from one of the major roadways through the area, Miami Gardens Drive. According to the 2019 estimate from the US Census Bureau, the city had a population of 110,001, and it is the largest city in Florida that has a majority African American population. It is a principal city of the Miami metropolitan area, which was home to an estimated 6,012,331 people in 2015.